Why and How I Become a Personal Trainer

Why and How I become a personal trainer

Before we talk about what motivated me to become a trainer, we must go back in time to my childhood and teenage years.

As a kid, I enjoyed sports, all sorts of sports. During elementary school, I was part of the floor hockey team and during recess and lunches, you would find me playing soccer-baseball, foot hockey, football, baseball and any other sports that were being played at the time.

Though I played all sports, my passion was in soccer and more importantly, hockey. I ate, slept and breathed hockey as a kid. My dream was always to play for the Toronto Maple Leafs in the NHL. My dream quickly faded when I stopped growing taller (always the short kid in class). 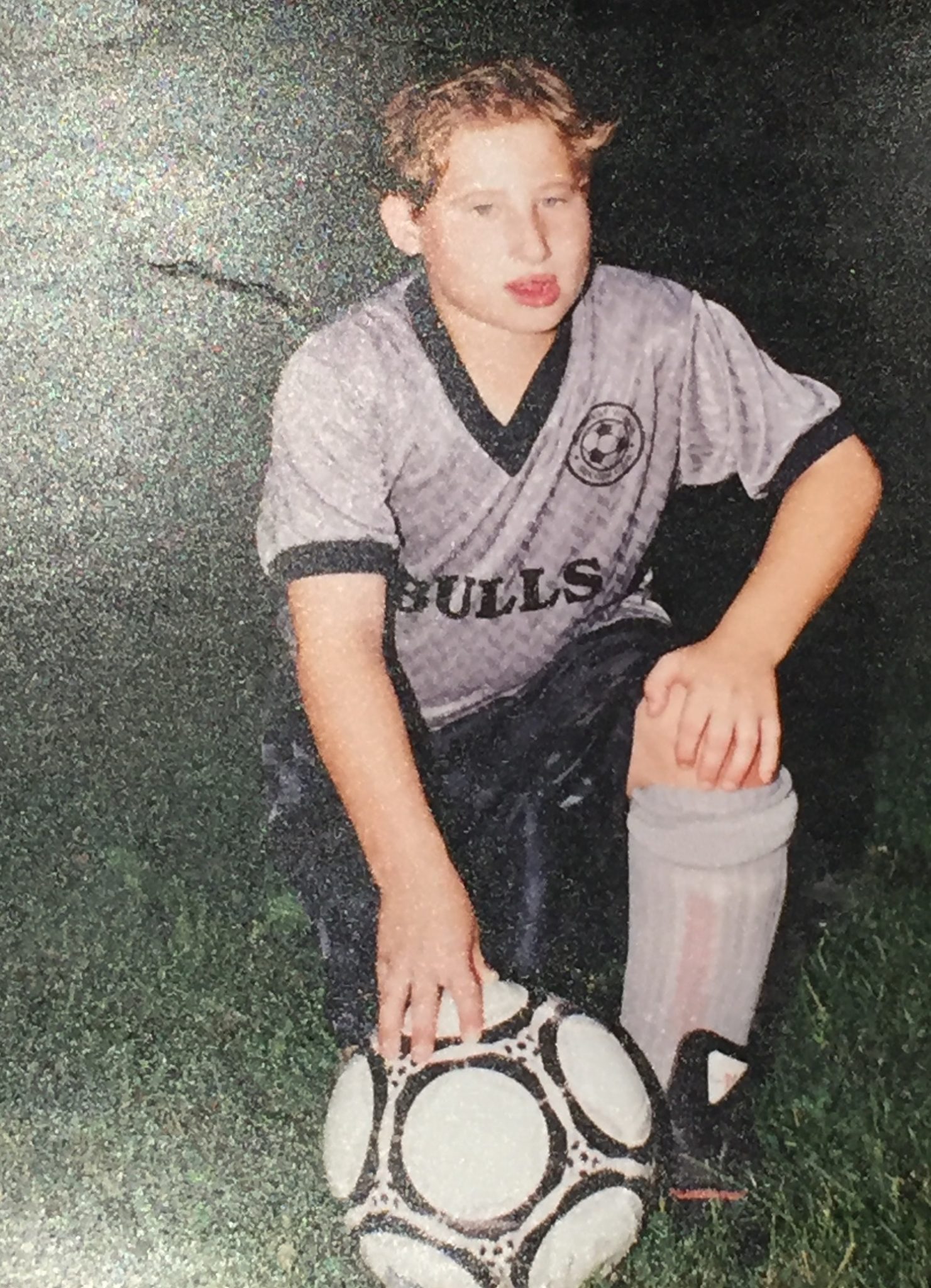 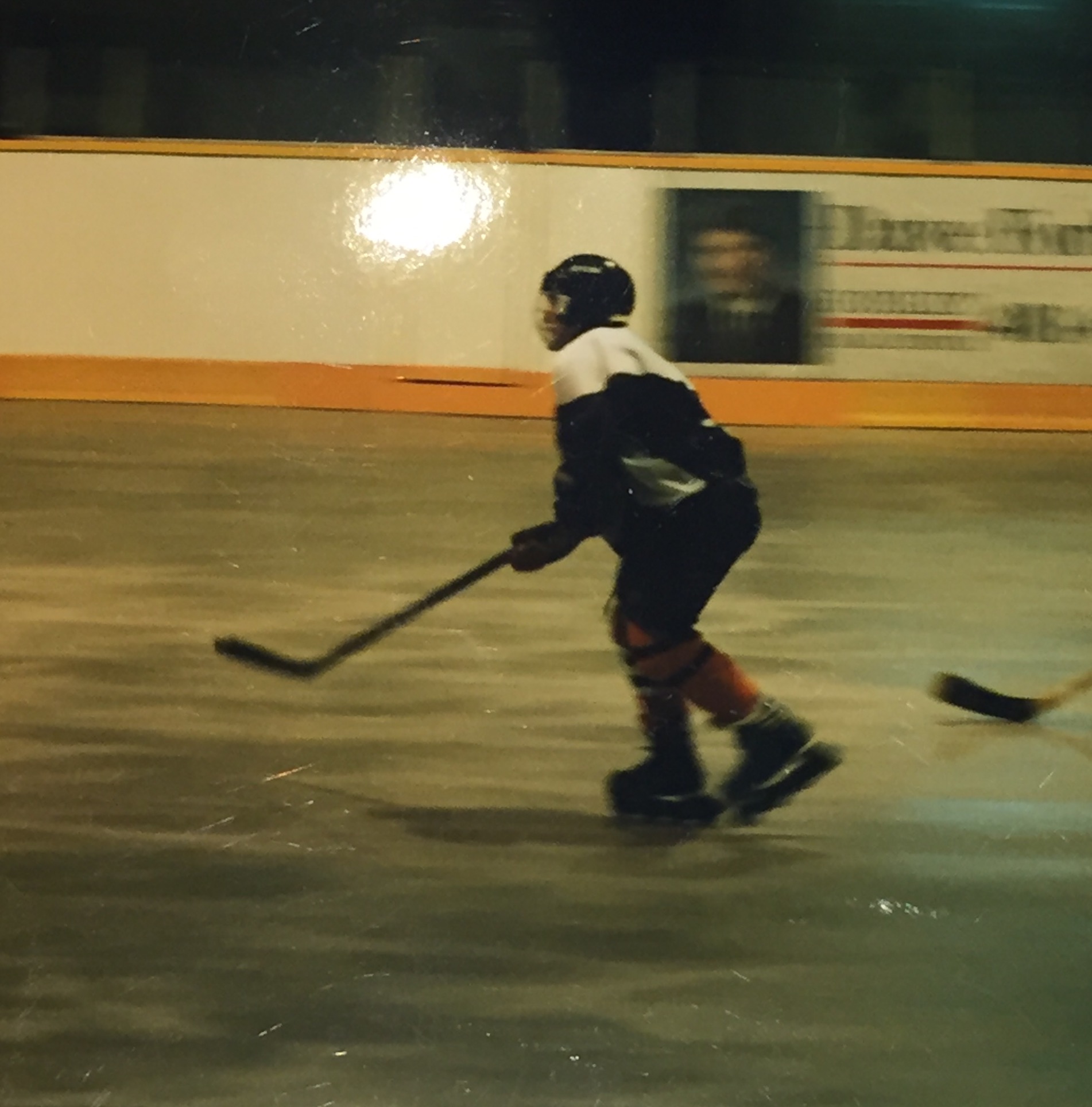 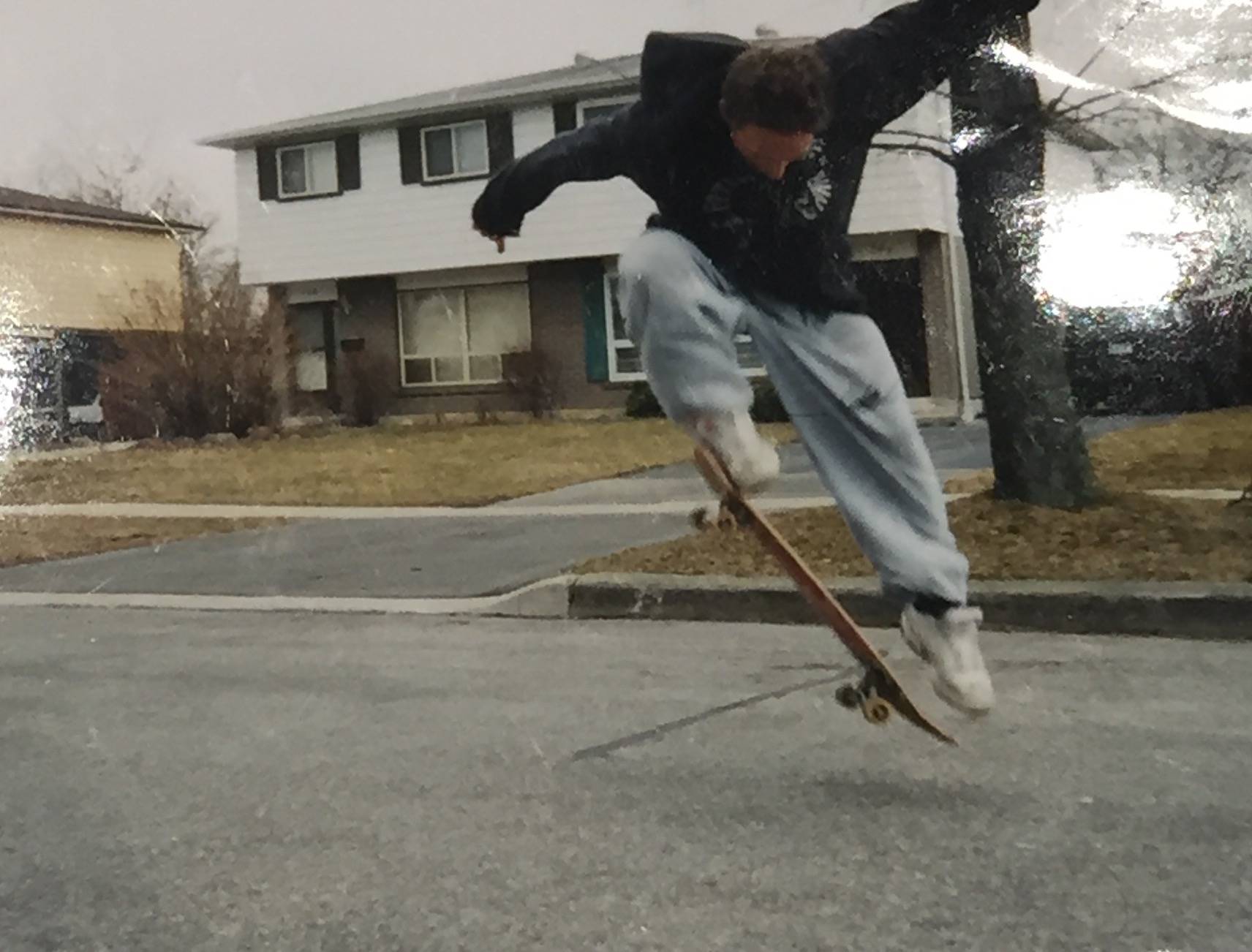 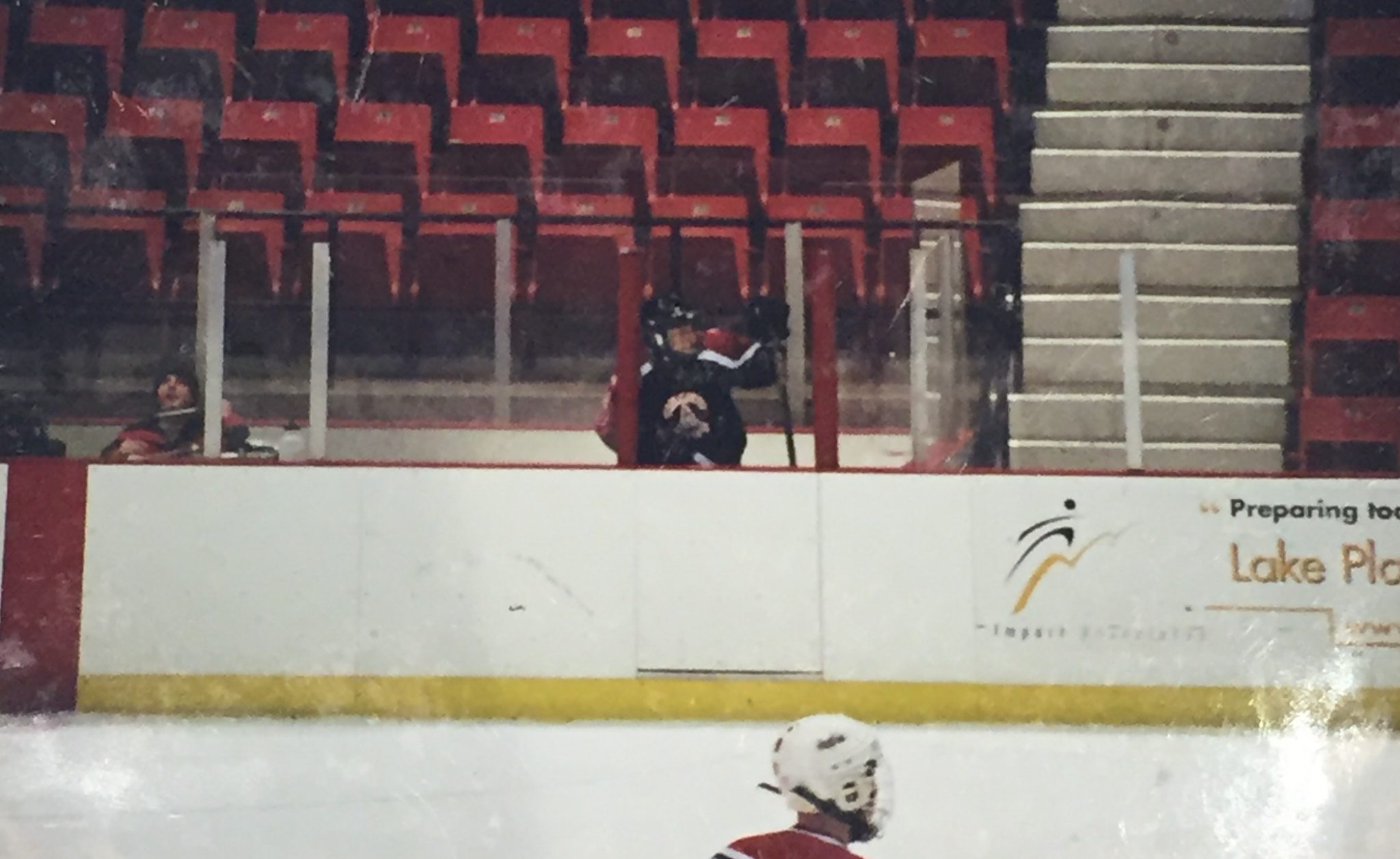 Fast forward to High school, still played hockey, and for soccer, I stopped playing and decided to become a referee (making money). In high school, I was never really overweight but wasn’t skinny either. I had broad shoulders, arms, and chest. People often thought that I was either a football player or a rugby player. I did though have a pot belly a.k.a beer belly. I enjoyed beer and most importantly FOOD. I didn’t care about exercise (cardio or weight training) and ate whatever I wanted.  An example of the types of food I would eat, was when Krispy Cream came to Canada and had a location in Richmond Hill. My friends and I would go stand in the line (you get a hot fresh donut while waiting) We would buy 4 dozen glazed donuts, and I could literally eat them all in one sitting. Buffets were a place where I could really go to town eating and over stuff myself. Veggies and fruit were not really my thing, sweets were.

Let’s fast forward a few more years to the year 2004, October 24, 2004, to be exact. That is the day that I decided that I wanted to try and see if I would lose some unwanted fat. (Before I continue my story, at no point was I ever ashamed of my body). In 2004 the internet was big but there were no smartphones, no calorie counters, no apps to help track food, just good old paper and pen to track my food intake.

I went to the only place I could think of to help me learn, The library. This was a foreign place to me, I didn’t really enjoy reading and wasn’t the greatest student in school. That being said, I told myself, if I want to succeed, I must learn and try to take in as much information as I can. During that trip to the library, I took out a few books.  A running book, A nutrition book, and an anatomy book. I read, took notes and photocopied the important information that I thought I could use (I still have the photocopies of the pages somewhere with my fitness notes).

Now that we are starting to get closer, I should mention my employment history, this will give you a sense of my background when it comes to dealing with the public and my enjoyment of talking to people. I started off working in summer camps, dealing with kids, co-workers, and parents. I then got a job teaching Ice skating & hockey (Pucks and Pylons) then I was working as a Leisure skating staff, then shifted to working the front desk at a community centre. Years later I got to work on the tour boats in the Toronto harbour giving tour guides about information regarding the City of Toronto as well as famous landmarks and famous people who grew up in Toronto.

A few years after doing that I spent 4 years working on cruise ships doing various roles but my main role was as a youth staff, which was dealing with kids on the cruise ships (like a summer camp).

As you can see I have an extensive background in customer service and dealing with the general public. You can say I am an extrovert; I love talking to anyone who would listen.

Now let’s get back to the fitness and my fat loss journey. I started to hit the gym day in and day out. Putting all the things I was reading into practice.

Let’s start with my weight training. While at the gym, I would go around to the machines for each body part and do 10-12 reps, then move on to the next machine. Once I completed the 7 different machines, I would do the same thing 2 more times making it 3 sets x 10-12 reps at each station. At the time I was not aware that this routine had a name, however, I just went with instinct and later found out this was called a circuit routine. While doing resistance training, I was doing my cardio. Now, Though I was an active person, I didn’t enjoy long bouts of cardio (Soccer and Hockey are short bursts of energy) At this time, I had an iPod Mini which was just being used to play music in my car. I decided to make a playlist of songs that I knew were upbeat. I Put on my music and hit the treadmill or as I use to call it “dreadmill”. I would do short bursts of running followed by a slow active recovery, again at this point I had no idea what I was doing, but later on found out I was doing a form of Interval training. The gym that I belonged to had a running track on top of the hockey rink. I would dress up in track pants and a hoody and go to the track, blasted my music and ran. At some point, I noticed that I had run 20 minutes without stopping. I felt amazing. I would switch up my cardio days between interval and long runs. At some point, I was about to run 45 minutes without stopping.

As I started talking to some of my friends, they had mentioned that there were these races called a 10K. I decided to sign myself up for the 2005 HBC Canada Day 10km. I spent the next few months working hard to be able to run for 10km which I figured would take me about an hour to complete.

I finished that race and got hooked right away on running. Many 10km races later, I needed a new challenge.

I then signed myself up for the Half Marathon which is 21.1Km. I did that a few times than did the 18 miler, completed that and decided that my next race would be the full 42.2km marathon. It took me months to practice for. Not only is the full marathon demanding on the body, it is demanding on the mind. Every day I would run between 10km-20km to get myself ready. Once I finished my first full marathon, I had to complete more. To this day I still love and enjoy running. It will forever be a part of my life.

Now I must talk about how I changed my diet. I went from eating anything and everything that I wanted. Pizza, ribs, wings, candies chocolates and tv dinners ( In fact I was still eating them while losing fat). I knew I needed a change, so I decided to try to cut the junk food and move towards a more balanced diet. I started to eat more fruits and veggies with my protein.

Before I started my diet, I was still seeing my paediatrician ( Yes I was already in my 20’s ) but she was a family friend. She gave me one of the best pieces of advice that I still use and pass on to my clients to this day. She said, “Dave, if you feel like having an orange juice, have an orange, If you feel like having apple juice, have an apple”. Why drink my calories when I don’t get all the nutrients. I started to drink more water, eat more salads and consume more healthy fats from nuts and avocados. I completely changed the way I ate, Yes I did still eat the bad stuff but it was not as often as I once did.

As the months went by, the pounds started to shed and a whole new me was coming on top. I changed the way I ate, the way I worked out and the way I saw how important health & wellness is to one’s self. Not only did I start to lose fat, but I gained the knowledge to pass on my secrets. Years later I decided that I wanted to help others reach their fitness goals. A few short years later, I became a personal trainer.

As I am writing this I have helped many people reach their fitness goals. I have helped people gain the confidence they didn’t know they had. I have shown my clients that with hard work and dedication, they can do anything they want. I am a huge believer that I don’t make people reach their goals, they do. I just give them the tools and motivation. I don’t and will never take credit for client’s success.

The burnout rate for personal trainers especially Independent trainers like myself is 3 years and under. I am going on 8 years. I won’t lie and say it is easy, however, the joys of my clients when it clicks for them, is more than I will ever need. I love what I do and I take big pride when I say that I am a personal trainer.

Over the past 15 years, health and fitness have been a huge part of my life. As a kid, I grew up playing hockey during the winters and soccer during the summer to keep me in shape all year long. It wasn’t until the fall of 2005 that I fell in love with running, prompting me to run in four marathons, which led me to my new found passion in exercising. Read More